Wednesday, September 12th : Student Assemblies
Students will attend age-appropriate assemblies throughout the day. Session will be 40-55 minutes in duration.

*Please be sure to ask you student about this presentation and what they took from this experience. 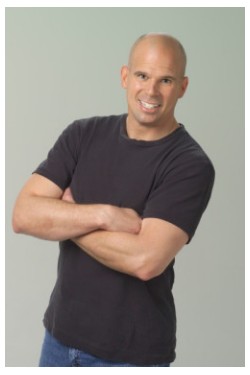 Comedy may not seem an appropriate method to use when dealing with cyberbullying, bullying, teen suicide and teen depression, but this is serious comedy and it has proven to be incredibly effective.  Comedy holds the student’s attention.  When confronted with hundreds of squirming children crammed onto a gym floor at an elementary school assembly, Keith employs comedy.  When facing hormonally charged and dramatic students packed into the bleachers in an overheated gym during a middle school assembly, Keith hooks them with comedy.

Impact The Most Angst Filled Teenager

While watching the detached teenagers saunter into the auditorium with their “you can’t teach me” body language before the high school assembly, Keith thinks of the most recent viral You Tube video or Vine video he can reference humorously  to show the teens he studies their world.  Comedy can be passionate, empathetic and deeply personal.  Keith uses comedy to meet students where they are so he can teach them about empathy, courage, love, compassion, cultural analysis, and the power of honest self examination. He uses comedy to show how ridiculous it is to judge a person based on race, appearance, economic status, what neighborhood they live in, or the shoes they can afford. Keith uses comedy because it works. More info on Keith Deltano can be found on his website here.

The statistics are staggering. Fifty percent of teens have been cyberbullied yet only ten percent reported the event to their parents. Ten percent of adolescents have had embarrassing or damaging pictures taken without their permission and twenty percent have posted, texted, or tweeted sexually suggestive pictures of themselves.  KiK, YiK YaK and other anonymous sites have been linked to self-harming behaviors, bomb threats, and teen suicide.